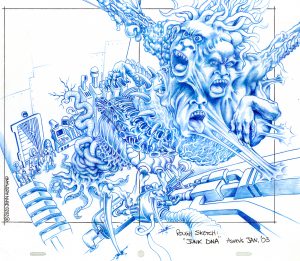 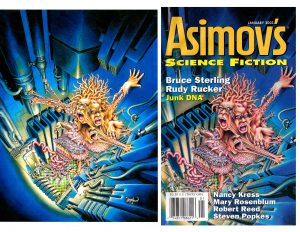 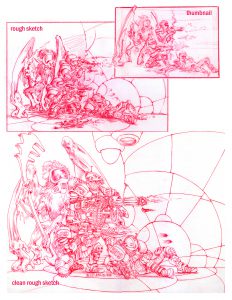 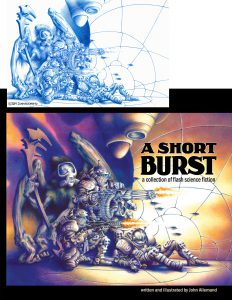 ***A lot of friends have expressed an interest in the method we use to create our book illustrations, and frankly, often seem more impressed by the rougher sketches and designs.  They seem to make a more human connection with people.  This was the design process for the cover of our latest book, “A Short Burst”.  A version of it, very similar to the blue image, was published for a story in Analog Magazine in September, 2006.  The book is a clever collection of short, flash-fiction stories…illustrated.  You can find it and buy it at our Etsy shop, just go to etsy.com and search EEWbooks.  Thanks.   -Marsha 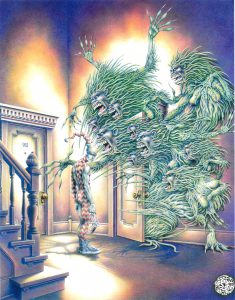 ***This rough drawing of Pandora is featured as a finished, full page, full color illustration in our book, “Bludgeon the Clown.”  Find it, filled with over 100 other illustrations (most of which you will NOT find here or anywhere online) at www.sallemander.com.   -Marsha

***I revised the image for this post to the final art, so only people who come to this blog can see it.  We only post a limited amount of art and material from each book (15-20%) so the people who buy them get the privilege of exclusive original material.  We’re not concerned about going a little over the limit here because hardly anybody visits and blogs are pretty much obsolete anyway.  -Marsha 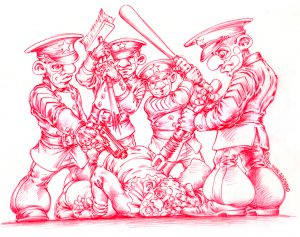 ***Here is the original rough sketch for Bludgeon, published as a 2 page spread on page 28 & 29 of our first book, “Blue-ish Freaks.”  As John the illustrator always says, “It’s not art if it doesn’t piss somebody off!”…and this one definitely does.  Find this and the rest of our books at www.sallemander.com (follow the links).   -Marsha 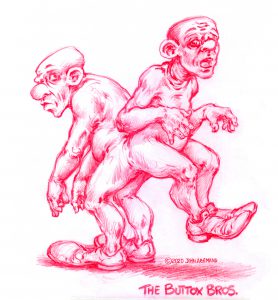 ***This is the rough sketch for an illustration from our third book, “Bludgeon the Clown.”  Since shitty rough sketches seem to be working out so well, and will play an important part in our next book, here’s a step back to some cool older work.  If you ever want to see the final art for this sketch,  follow the links and buy the friggin’ book!  I only ever post about 15% of the art from any book project on social media so people who BUY my stuff get exclusive, original material.   -Marsha